On the brand's special Day, the new Jeep Avenger compact SUV made its debut globally. In the first half of 2023, the smallest Jeep SUV will be made available on the European market. Bookings for it will open on October 17th. The car will debut in front of the general public at the Paris Motor Show in 2022. The auto show will be held at Paris Expo Porte de Versailles from October 17 through October 23. 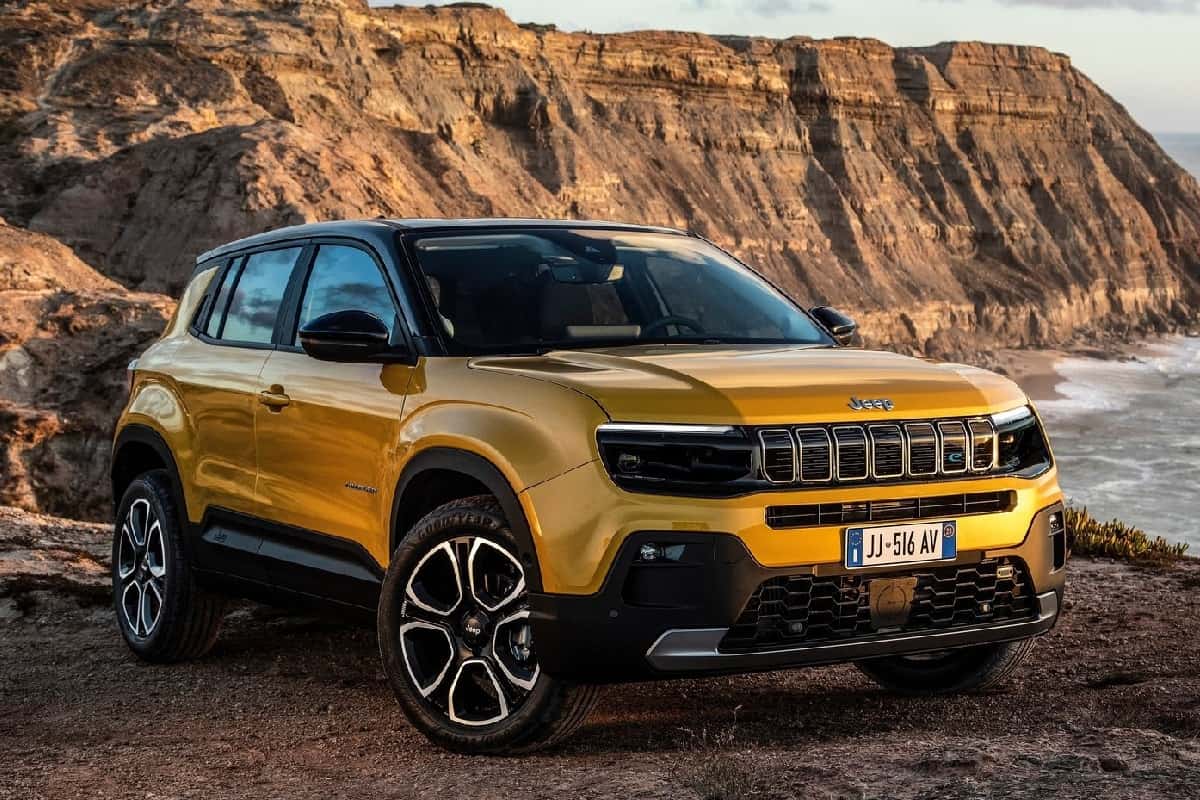 The launch of it in India has not yet received official notification. The model will compete against vehicles like the Hyundai Creta, Kia Seltos, the future Toyota Urban Cruiser Hyryder, and the Maruti Suzuki Grand Vitara even though India is on the launch radar. Along with the new Avenger, the American SUV manufacturer also unveiled the Jeep Recon and Jeep Wagoneer S.

Speaking of engines, the Jeep Avenger small SUV will have options for both electric and hybrid engines. Electric motors with a 95 horsepower output will be included. Depending on the model, consumers can choose between a 2 or 4 e-motor arrangement. The four electric motor arrangements will produce about 400 horsepower of power. According to Jeep, the latest model of their small SUV has a 400-kilometre range on a single charge. It is available with either an FWD system or a 4WD system (for the top-tier all-electric models).

A hybrid gasoline power plant will also be offered for the next Jeep small SUV. Although its official specs haven't been released, it's anticipated to have a 1.2L or 1.5L engine with hybrid technology. The new SUV "will offer exceptional ground clearance, break over, and approach angles for its segment," according to the manufacturer. The model will support the brand-new STLA Small platform from Stellantis.

The 2017 Jeep Avenger compact SUV is painted in a dual-tone Yellow and Black tint and has the brand's iconic 7-slat grille, slim LED headlights, and high-mounted LED DRLs. Its side appearance is enhanced by thick body cladding, functional roof rails, substantial wheel arches, alloy wheels, and rear door handles positioned on the C-pillar. It gains a hefty bumper, X-shaped LED taillamps and a fake skid plate at the black.