The Maruti Suzuki Alto has been one of the best-selling cars in the nation since its initial release in 2000. For a long time, the car has been the top option for people purchasing their first vehicle. Maruti, however, maintains that hatchbacks or small cars would continue to be important in the Indian market. The next-generation Maruti Alto 2022 will shortly be introduced in the nation by MSIL to boost sales. 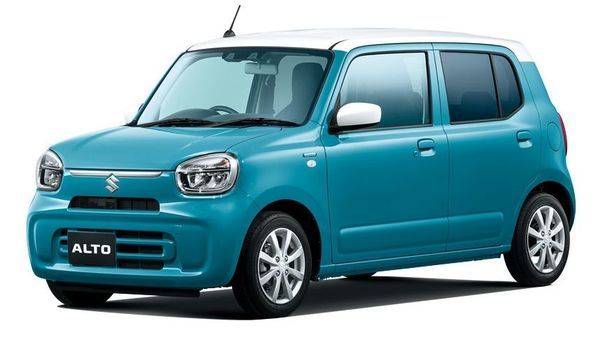 The entry-level model has been spotted without a disguise for the first time. The hatchback was seen being photographed for a television commercial. The most recent pictures show the new Alto's top, side, and rear profiles.

According to earlier rumours, Suzuki's production facility in Gurugram has already started the trial production of the new Alto. According to the spy photos, the Maruti Alto 2022 model would be longer and taller than the current model. The Celerio hatchback serves as a stylistic inspiration for the new vehicle.

Previous spy shots show that the outside of the new Maruti Alto 2022 would be completely unique. It will have new bumpers, bigger sweptback headlights, and updated taillights. A new, more prominent grille with styling cues from the new Celerio will be on the front fascia. The side appearance of the hatchback is a boxer, and it is higher. The new design has prominent fenders and a lower roofline.

Also, the back has undergone a total makeover. It has a broader tailgate, a new bumper, and two rectangular tail lights. According to reports, the new Alto will be built on the same HEARTECT platform that supports the Celerio and the new S-Presso. The new Maruti Alto 2022 is likely to share several features and other components with the S-Presso in addition to the platform.

The new Maruti Alto will offer additional inside space because of its larger dimensions. The interior of the new Alto will undergo significant alterations, much like the appearance. The dashboard and centre console will be unique. A touchscreen infotainment system with smartphone connectivity, a semi-digital instrument console, keyless entry, an engine start/stop button, and other features are anticipated to be included with the hatchback.