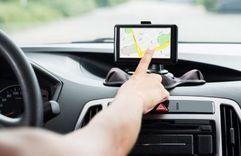 How do in-car navigation systems work?

Navigation systems have been making getting to destinations easier.

An automotive navigation system is a system that is embedded within a car or a third party add-on used to find directions in an automobile. It typically uses a satellite navigation device to get its position data which is then correlated to a position on a road. When directions are needed routing can be calculated. On-the-fly traffic information (road closures, congestion) can be used to adjust the route.

Mathematically, automotive navigation is based on the shortest path possible to the destination in question, which examines how to identify the path that best meets some criteria (shortest, cheapest, fastest, etc.) between two points in a large network.

Automotive navigation systems are crucial for the development of self-driving cars. However, the first noted instance of navigation used in a vehicle was way back in 1961 when it was designed and intended for military use. Car navigation systems since then have evolved greatly.

It is important to note, however, that car navigation systems aren't foolproof. GPS (Global Positioning Service) receivers use a combination of signals from a network of satellites and ground stations to figure out where you are and where you'd like to go. It is really only as good as the satellite network and its map data. Without a clear and strong signal, your device can't accurately establish your location. Tall buildings, dense foliage, mountains and even reflective objects can cause errors.

So while it is a great system to use while getting around in your vehicle, it is also good to remember that it can sometimes guide you the wrong way to your destination. That said, on the whole, car navigation systems are here to stay, and with an improvement in tech, it will only serve to become more reliable as the years roll on.