The Galleria Vittorio Emanuele II - was first designed in 1861. It took 12 years to complete and was finished in 1877. It's a four-story double arcade named for the first Monarch of Italy. 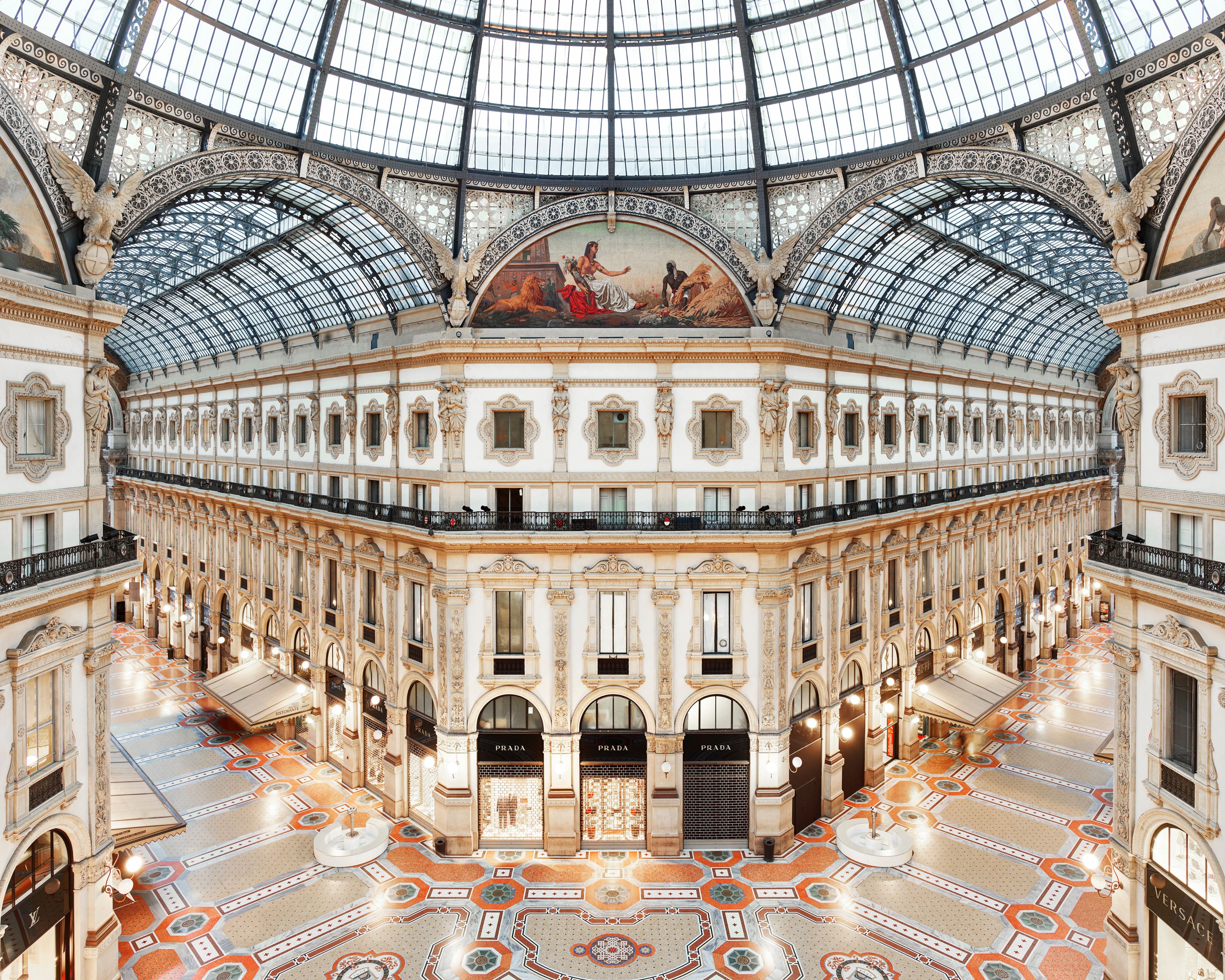 The Galleria Vittorio's vast stores, cafés, and restaurants complement its magnificent architecture. Here you may browse haute clothes, jewellery, literature, and art amidst family-run boutiques and designer businesses. Prada, Gucci, and Louis Vuitton are all present.

It also has some of Milan's oldest taverns and restaurants, like the Biffi Café, which was created in 1867. The Galleria's flooring is mosaic marble, and the centre mosaic depicts the four coats of arms of the historic kingdoms that make up modern-day Italy.