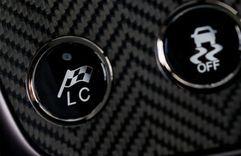 What is Launch Control?

Why this feature is so invaluable to a select few.

Launch control is an advanced driving assistance system (ADAS) found in sports cars and other performance-oriented vehicles that helps facilitate quick acceleration from a standing start. Launch control is designed to produce the maximum amount of power and traction for a vehicle to accelerate from a stop as quickly as possible. While the control part of its name has a safety aspect, the emphasis is on the launch and subsequent 0-100km/h times.

In a drag race, getting off the line faster than your competition is as important as how much power the engine has. In this scenario, wheel spin is the enemy. Suppose your opponent vehicle has minimal wheel spin while you're doing an unintentional burnout at the starting line. In that case, your 800hp won't matter if their 700hp car is halfway down the straightaway by the time your tires grip.

Launch control not only minimizes wheel spin (and hop) but also helps manage torque, throttle and gear settings to prevent vehicle damage. Without launch control, there is a higher probability of over-revving the engine and overheating the transmission.

While it is a fun feature, launch control is more about earning bragging rights than serving any real-world purpose. Outside of professional motorsports, many local track weekends prohibit the use of launch control. Also, while driving in town, there is no point in generating multitudes of power simply to speed from one red light to another in addition to all the other things that can go wrong with extreme acceleration.