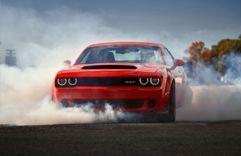 We've all heard the term, but here is what it actually means.

The term horsepower was invented by the engineer James Watt. Watt lived from 1736 to 1819 and is most famous for his work on improving the performance of steam engines.

If you want to know the horsepower of an engine, you hook the engine up to a dynamometer. A dynamometer places a load on the engine and measures the amount of power that the engine can produce against the load.

The term horsepower today is used by every manufacturer to give consumers a definitive idea of just how powerful a car is. While horsepower was originally used, it also has a lot of derivatives like brake horsepower (bhp), kilowatt (kW), PS, and a lot more. Depending on the region you're in, a unit of horsepower is used, but they are all determined using the same intrinsic values.