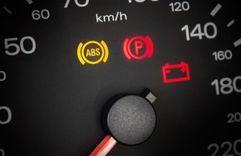 The introduction of ABS in our vehicles is a life-saving measure.

India tops the world in deaths due to road accidents. So, we cannot ignore safety standards in vehicles. Anti-lock Braking System (ABS) is one of the essential features these days. ABS was first used in Aircraft for safe landing purposes. It helped in preventing the wheels from getting locked while landing.

Later, this technology was transferred to automobiles. This feature prevents the wheels from skidding. The Anti-lock Braking system uses speed sensors and calculates the speed of each wheel. And when there is a sudden need for the driver to apply the brakes, the anti lock braking system gets activated. Frequent braking in quick intervals (with a pumping like mechanism) will be generated, which stops the vehicle from skidding.

In non-ABS vehicles the sudden braking will be applied with full force leading to the locking of the wheels, resulting in skidding.

Hence ABS is considered the most advanced braking system in the world. It plays an important role in preventing accidents. This Anti lock Braking mechanism is also in two wheelers.

According to the Indian Government, two wheelers with more than 125cc are to have ABS fitted in them as standard.

ABS in vehicles saves lives. But sadly vehicles with effective ABS are pricey and need high maintenance. It fits to say nothing great comes with ease. With a passion for high speeds and also for safety reasons, people are moving towards buying vehicles with ABS.